I can not tell you how long it took me to come to a conclusion on what my next topic for a blog post should be. I mulled it over in my head, talked it out, bounced ideas off of the hubby, and always, in my mind, I inevitably returned to Arnold Schwarzenegger. Maybe it’s because he is so iconic in the sci-fi realm or maybe it’s because watching his films is at the forefront of my good childhood memories.  Either way, I’m ready to celebrate him here; even if he was a dick to Lou Ferrigno in Pumping Iron.

If you want to know what made little adolescent me want to hunt prey in a jungle with a machete or take arms against an army (both of which would’ve been frowned upon by my parents) it was most definitely Predator and Terminator, respectively. Though I will admit, Linda Hamilton had a lot to do with that. I mean, she’s a certifiable badass on her own and definitely changed my view as a young girl of what a woman was expected to be.

But I don’t think anything is quite so badass as covering yourself in mud and screaming, “I’m here! Do it! Kill me now!” to a terrifying alien beast that can rip your spine out and bring the noggin with it.

In all honesty, though, Total Recall will always be my favorite of Arnold’s movies and it’s also one of my favorite movies of all time. It really plays on that aforementioned desire to escape the monotonous. What if you COULD become someone else on an entirely different planet for a while? What if you already were and you found out your life was a lie? What if, secretly, you were someone super important with a price on your head?

What if you could go to Mars and see bar-goers with three titties and a butthead? 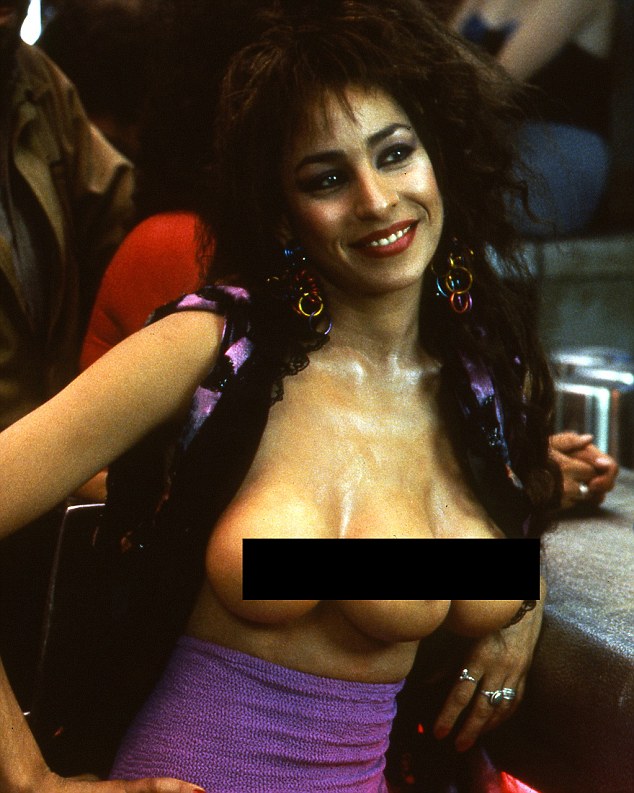 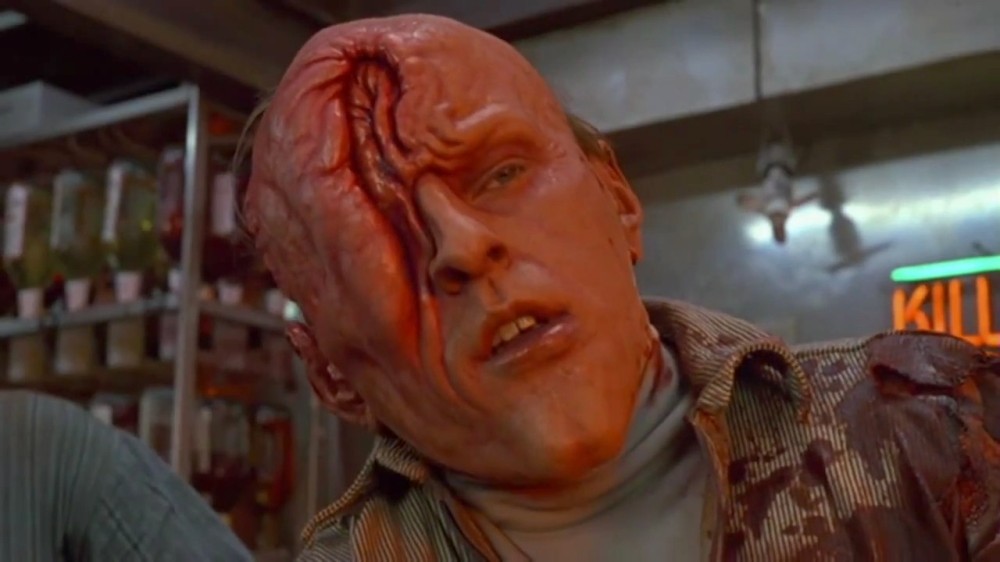 I mean, that’s why I’d go…. Especially if I could meet up with that tall, athletic, slightly sleazy brunette that I designed with that obviously qualified memory implant doctor.

I mean look how intense his face is in this scene:

And we’ll try to forgive you for this: 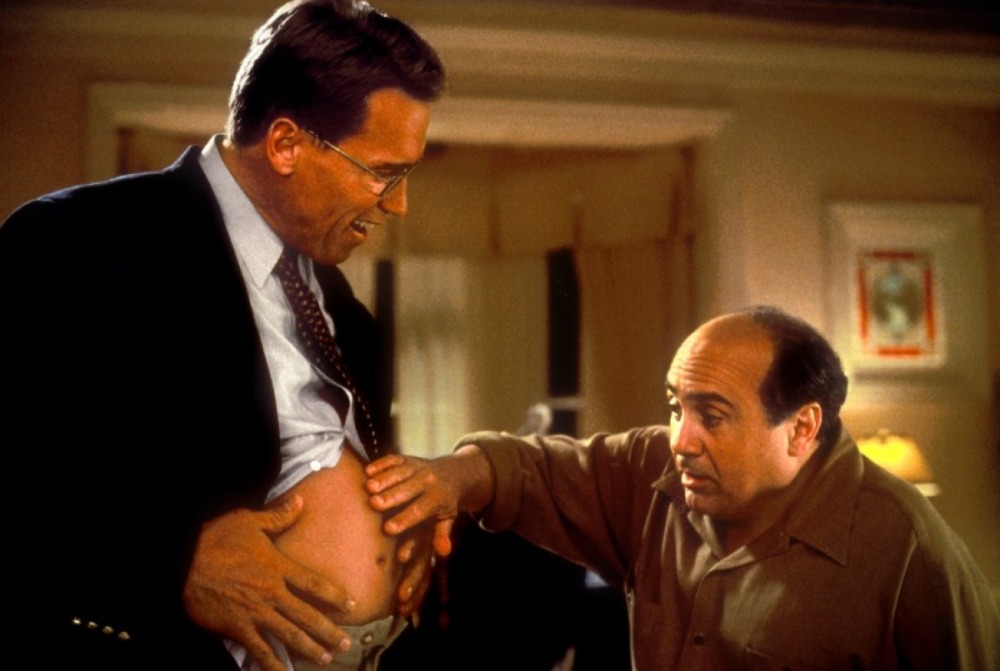 I think the point is, I truly love Arnold and appreciate his contribution to my fandom. I don’t know of many lines that are quite so quotable as yours, Sir! You are both a badass and a gentle giant and I’m looking forward to watching Total Recall at least 5,000 more times before I die.